Digital Transformation & ERP - Is Blockchain/ERP Integration the Next Big Thing?

From business analytics to artificial intelligence and the Internet of things (IoT), ERP’s new place at the heart of Manufacturing’s digital transformation as the cutting-edge technology is disrupting how manufacturers do business.

What is blockchain? You have probably heard of its most famous application, Bitcoin, which is a blockchain-based currency system. It is actually the first digital currency system to work without a central bank or common administrator. Since its creation, it has been known as “the people’s currency,” and relies upon the unique security of blockchain technology to remain fully democratic in function.

Blockchain’s powerful technology has potential implications for next-generation ERP. Let’s discuss how it might be used within the world of manufacturing.

Blockchain is a peer-to-peer database technology that allows users to create a ledger of records called blocks. Each block is time-stamped and typically contains 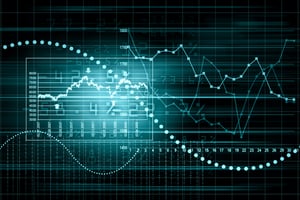 a cryptographic hash of the previous block, to which it is linked. This type of system creates a sort of unending “receipt” that permanently records all transactions. This infrastructure makes blockchain distinctively unaffected by data modifications. An agreement between participants in the system is required to make any updates or changes. Blocks cannot be retroactively altered without changing all subsequent blocks in the chain and, once data has been entered, it can never be erased.

The World of Blockchain in Businesses

One of the biggest benefits of blockchain is its intense level of security. Experts are now exploring how, in addition to our customary currency, blockchain may be beneficial in the business world. Still largely isolated, enterprise data is continuing to limit a company’s capabilities to securely share data amongst its employees and partners. Companies fear that sharing

data is still risky and it may pose a chance of losing their competitive advantage. A big question is, how might the business intel be used once it is out of the hands of the executives?

Working on solving this problem, blockchain is creating a system of trust among its participants by tracking each and every transaction. There can be no sole point of failure, because the system is not regulated by a single control center. Thus, this eliminates the need of monitoring the blockchain database by an IT department.  Some experts believe that because of its open source origins, the blockchain platform will entice developers and will rapidly continue to grow. Transaction processing, medical records, voting and supply chain management have already been deemed suitable for blockchain applications.

As this technology grows, new use cases for blockchain will continue to develop. Integration with ERP is one new area of opportunity for integration with blockchain. This has been referenced as an enhanced system to step up for recall prevention, improve audit-readiness and heighten traceability, which is all important to medical device manufacturers and those working in FDA-regulated industries. An integration between blockchain and an ERP system may also increase asset management capabilities, allowing efficient and secure information related to manufacturing, shipments, storage, failure, and maintenance to be stored. ERP systems would not be replaced by blockchain; however, it can be used as a software-neutral integration tool. Having a single record of truth is critical for FDA-regulated industries and by integrating an ERP system with blockchain, several companies operating disparate ERP systems could access the same blockchain database and have a single, indisputable record that all parties hold in agreement.

One-size-fits-all is not an option when it comes to ERP systems.  The Copley Consulting Group knows there are several factors to determine the right fit for your organization. When working to implement your ERP solution, Copley can provide the technology and support needed for your specific industry and business when choosing between cloud-based or an on-premise ERP. To discuss the right ERP system for your organization, complete our contact form, call us at 855-884-5305, or email us at info@copleycg.com.